Having recently celebrated 40 years of business operations in the United States, Mitsubishi Motors North America, Inc. (MMNA) today reported strong sales across the full fourth quarter, which ushered in a successful close to 2021.  Fourth quarter total sales of 24,861 represented an increase of 68.3% over the same period in 2020.  Full-year 2021 total sales were 102,037, an increase of 16.8% over 2020, and the fourth time the brand has topped 100,000 sales since 2007.

MMNA's flagship vehicle, the all-new 2022 Outlander, which launched on Amazon Live in February 2021, led the brand's sales success.  Outlander started the fourth quarter strong, with retail October sales representing a best-ever October.  The vehicle went on to post its best-ever retail monthly sales performance in the 20-year history of the nameplate in December, leading to a record of 12,606 total sales for the quarter.  For the full calendar year, Outlander posted 33,883 total sales, an increase of 24.9% over the previous year, and representing 33.2% of the brand's total volume.

The full year of 2021 was marked by the brand celebrating the launch of the all-new 2022 Outlander and refreshed 2022 Eclipse Cross, the 40th anniversary of MMNA's operations in the U.S., continued growth and investment by dealer partners refreshing facilities in line with the brand's Visual Identity program, customers moving toward online buying (and MMNA's development of its Click Shop online tool to facilitate that), and supply issues that caused historic shortages of key components and challenged global shipping logistics.

Demand outstripped supply throughout the year, especially on the fast-moving Outlander.  As the entire auto industry is experiencing, MMNA's inventory going into the new year remains far below ideal levels and well below customer demand.

With headquarters in Franklin, Tennessee, and corporate operations in California, Georgia, Michigan, New Jersey, Texas, Florida and Virginia, MMNA directly and indirectly employs more than 8,000 people across the United States 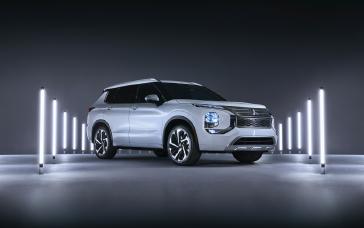