Mitsubishi Motors North America, Inc. (MMNA) celebrates its 40th anniversary in the United States. From operations initially based in Fountain Valley, Calif.; then in Cypress, Calif., for more than 30 years; and now based in Franklin, Tenn.; MMNA marks today as a day to look back on a unique history, and a day to look forward to many more years in the U.S. For its 40th anniversary year, the company has planned special Anniversary Editions of its top-selling Outlander which will combine special features and badging, and offer a special value.

As the company looks forward to the next 40 years in the U.S. and beyond, momentum is already building behind MMNA, with its brand-new North American headquarters opening, an all-new or significantly refreshed lineup of vehicles for the 2022 model year highlighted by the 2022 Mitsubishi Outlander, a robust and growing dealer partner network and record-breaking sales success.

Mitsubishi Motors had actually been selling vehicles in the U.S. prior to 1981, but not under its own company name. Because of a partnership with Chrysler Corporation, the company’s cars had been sold with Dodge branding on them. But in 1981, the company created a formal presence for itself, as Mitsubishi Motor Sales of America, headquartered in Fountain Valley, Calif., and with vehicles sold through an initial dealer network of 70 facilities across the country.

In 1986, the company moved its headquarters to an all-new green-field location in the then farming community of Cypress, Calif. The multi-acre site housed all sales, marketing, planning and logistic operations; as well as design; research and development; parts operations and regional operations.

The next major move for MMNA was part of a brand-wide reinvention, and saw the company relocate from Cypress, Calif. to Franklin, Tenn., just outside of Nashville, in mid-2019. In April 2020, its new-from-the-ground-up, state-of-the-art North American headquarters opened, and in spite of the pandemic, Mitsubishi hired more than 150 new team members. Throughout the pandemic, MMNA has supported its new hometown through employee volunteering and corporate social responsibility, “Small Batch – Big Impact” programs. MMNA expects to invite its new community and employee family to formally cut the ribbon on the new building in early 2022. By the time of the move, the company had sold nearly 5.5 million vehicles in the U.S., through its nearly 330 dealer partners around the country.

The newest Mitsubishi Motors dealership to open in the 40th anniversary year will be Cool Springs Mitsubishi, located just two miles from the company’s U.S. headquarters office. Designed to the MMNA’s newest Visual Identity (VI) program, which delivers a modern, clean and inviting sales facility, Cool Springs Mitsubishi is one of more than 20 dealerships that have opened or re-opened under the program since its inception. It is also the 42nd new dealership to open since MMNA made the move to Tennessee. The new headquarters, new, energetic employee team and new dealership are proof-positive of MMNA’s commitment to its new hometown.

Outside of Tennessee, MMNA’s momentum can be felt in it’s all-new or significantly revised lineup of vehicles, namely, its all-new flagship, the 2022 Mitsubishi Outlander – the most connected and best-equipped vehicle Mitsubishi has ever sold in the U.S.

A gamechanger for the brand, the 2022 Outlander launched on the world’s largest e-commerce platform – Amazon – in Feb. 2021, and since then, has earned awards and smashed sales records for its nameplate and for MMNA dealer partners. Reflecting the quality, dependability and reliability the brand has built its reputation on over the last 40 years, the Outlander was recently tested and proven in the 2021 Rebelle Rally.

The 2022 Eclipse Cross also saw a complete re-design, and new styling and standard safety and connectivity features were added across the lineup for 2021 and 2022, demonstrating further investment in the U.S. market. In the second-half of 2022, MMNA will launch the plug-in hybrid electric vehicle (PHEV) model of the all-new Outlander, bringing together the company’s expertise in electrification and rally-derived, all-wheel control technologies.

From its inception to today’s MMNA, the company has always held close one ideal: to design, engineer and market vehicles that offer outstanding value, class-above safety, leading-edge design and deliver pride of ownership. The past 40 years have seen vast changes in consumer preferences and tastes, and have seen MMNA rise and fall, and rise again. The company is poised for another 40 years of turning heads and driving excitement with a passionate employee and dealer partner team, committed CSR programs that give back to the community and award-winning vehicles that exceed customers’ expectations.

“We’ve driven ambition for 40 years in the United States,” added Yokozawa. “We can’t wait to see what the next 40 will bring.”

With headquarters in Franklin, Tennessee, and corporate operations in California, Georgia, Michigan, New Jersey, Texas, Florida and Virginia, MMNA directly and indirectly employs more than 8,000 people across the United States. 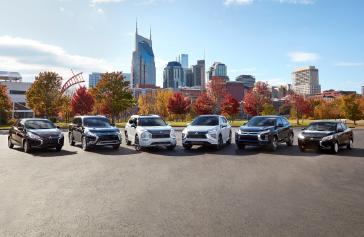 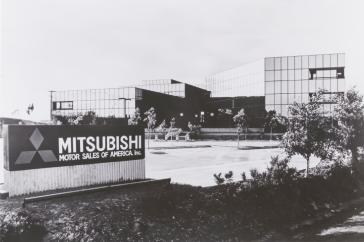 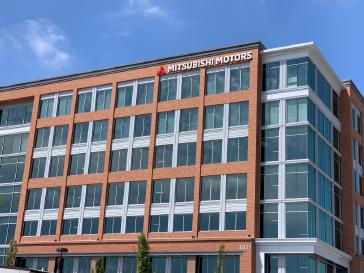