CYPRESS, Calif. – Mitsubishi Motors North America, Inc. (MMNA) closed the 2018 calendar year with its best sales since 2007.  With 118,074 vehicles sold, total 2018 sales represented an increase of 13.9 percent over calendar year 2017. This marks the sixth consecutive year-over-year sales increase for the brand, and the second-straight year of sales over 100,000 units.  The company surpassed the 100,000 sales milestone in early November, the soonest in 11 years.

For the month of December, MMNA recorded sales of 8,986, up 5.7 percent over December 2017.  This represented the best December in 12 years.

"Looking back, 2018 was a banner year for Mitsubishi Motors in the U.S.," said Fred Diaz, president and CEO, MMNA. "We have a strong line-up that is resonating with buyers. Looking forward, we're optimistic about the year ahead of us and continuing our sales momentum." 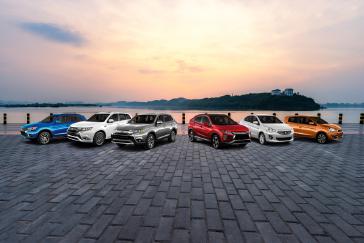