Mitsubishi Motors North America, Inc. (MMNA) celebrates dealer partners who go above and beyond for their communities, and in the case of Bayside Mitsubishi owner Alex Sinno, for their country. With our latest Dealer Partner Spotlight, today we are proud to introduce you to Retired U.S. Army Sergeant and Bayside Mitsubishi Dealer Principal, Alex Sinno, along with his powerful story of chance encounters, reinvention and determination. Because of partners like Alex, our communities, our country, and our company are safer and stronger today.

In honor of Veterans Day and following the inspiring 2021 Rebelle Rally finish of its all-veteran team in the all-new 2022 Outlander, MMNA doubled its year-round military discount from $500 to $1,000 in November. Even without that one-month bump, MMNA’s  military purchasing incentive remains one of the industry’s strongest. This is just one small token of Mitsubishi Motors’ enormous appreciation for U.S. military, their families, and the sacrifices they’ve made.

With headquarters in Franklin, Tennessee, and corporate operations in California, Georgia, Michigan, New Jersey, Texas, Florida and Virginia, MMNA directly and indirectly employs more than 8,000 people across the United States 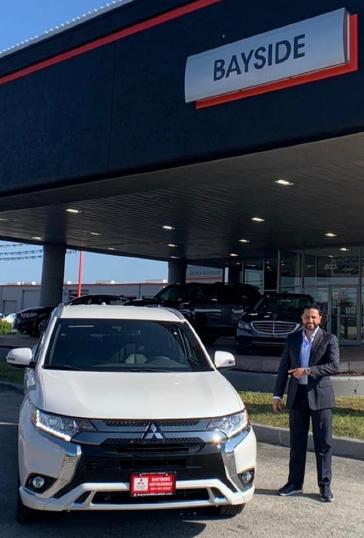