The spots, which begin airing this week, include Mack lyrically touting a lengthy list of Eclipse Cross features including a dual-pane power-sliding panoramic sunroof, Head-Up Display, infotainment system and more.

"The Eclipse Cross has a reputation of being fun to drive so we took a fresh and contemporary take on this campaign to cut through the clutter and inspire a new generation of consumers to include Mitsubishi on their consideration lists," said Francine Harsini, chief marketing officer, MMNA. "The `Harry Mack Freestyle Test Drives' spot captures reactions from drivers and provides a fun and engaging way to highlight this exciting new product."

When TV viewers hear Mack rapping, "Futuristic super all-wheel control… three modes so you can tackle street, gravel or snow…" they won't be able to get the rhyme out of their heads.

"The idea of applying my freestyle skills to the test-drive concept appealed to me right away," said Harry Mack. "I love challenging myself creatively and working with Mitsubishi gave me the opportunity to do something different that I think viewers will enjoy."

The campaign rolls out in tandem with Mitsubishi Motors Summer Season Pass Sales Event, an integrated holistic campaign, focusing on Mitsubishi's award-winning family of CUVs including Outlander, Outlander Sport, Outlander PHEV and the all-new Eclipse Cross. The sales event offers enticing incentives to allow prospective and current owners to get a hold of a new Mitsubishi model that fits their needs and lifestyle at an outstanding price. Supporting campaign assets include TV, radio, digital banners and video, social and dealer point of sale materials.

The 2018 Eclipse Cross is currently in dealerships nationwide. For more information on the vehicle and Mitsubishi Motors, please visit media.mitsubishicars.com.

Harry Mack is represented by United Talent Agency (UTA) who brokered the deal on his behalf.

About Mitsubishi Motors Corporation
Mitsubishi Motors Corporation is a global automobile company based in Tokyo, Japan, which has a competitive edge in SUVs and pickup trucks, electric and plug-in hybrid electric vehicles. Since the Mitsubishi group produced its first car more than a century ago, we have demonstrated an ambitious and often disruptive approach, developing new vehicle genres and pioneering cutting-edge technologies. Deeply rooted in Mitsubishi Motors' DNA, our brand strategy will appeal to ambitious drivers, willing to challenge conventional wisdom and ready to embrace change. Consistent with this mindset, Mitsubishi Motors introduced its new brand strategy in 2017, expressed in its "Drive your Ambition" tagline – a combination of personal drive and forward attitude, and a reflection of the constant dialogue between the brand and its customers. Today Mitsubishi Motors is committed to continuous investment in innovative new technologies, attractive design and product development, bringing exciting and authentic new vehicles to customers around the world. 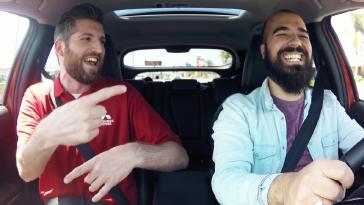 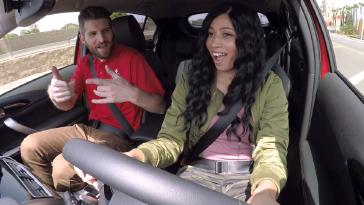 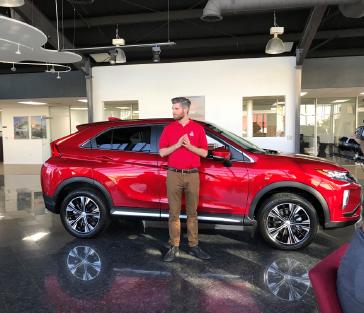