Tokyo – Mitsubishi Motors Corporation (MMC) today announced that the world's first plug-in hybrid SUV, the Mitsubishi Outlander PHEV, has achieved a key milestone with sales of 200,000 worldwide since its launch in 2013.

The Outlander PHEV is MMC's technology flagship, and its success demonstrates the scale of consumer demand for electrified vehicles as the automobile industry undergoes a profound technology change.

Since making its debut in Japan, the Outlander PHEV has been rolled out to more than 50 countries across the world. It has become the world best-selling plug-in hybrid vehicle as of the end of December 2018*1. It also has been Europe's best-selling plug-in hybrid vehicle over the past four years (2015-2018)*1, a testament to its constant evolution, brilliant engineering and technological innovation.

Developed from a fully electric vehicle, the Outlander PHEV has a unique architecture consisting of a front electric motor, a rear electric motor and no gearbox. It offers customers energy efficiency and a smooth driving experience.

The Outlander PHEV has picked up various awards globally in the past six years including the "2019 Best Plug-in Vehicle" award from Company Car and Van Magazine in the UK, the "2019 Green SUV of the Year" award from Green Car Journal in the U.S., and the "2013-2014 Japan Car of the Year Innovation Category" award together with the "2014 RJC Technology of the Year Award" (full list of awards below).

The 2019 Outlander PHEV available in the U.S. features updated styling, including a revised front facia and grille design that reflects a cleaner, more solid surface along with characteristic honeycomb mesh inserts. Improvements in vehicle dynamics and tweaks to the drivetrain help to reduce noise, vibration and harshness, helping make the ride smoother and quieter.

About MITSUBISHI MOTORS
Mitsubishi Motors Corporation is a global automobile company based in Tokyo, Japan, which has a competitive edge in SUVs and pickup trucks, electric and plug-in hybrid electric vehicles. Since the Mitsubishi group produced its first car more than a century ago, we have demonstrated an ambitious and often disruptive approach, developing new vehicle genres and pioneering cutting-edge technologies. Deeply rooted in Mitsubishi Motors' DNA, our brand strategy will appeal to ambitious drivers, willing to challenge conventional wisdom and ready to embrace change. Consistent with this mindset, Mitsubishi Motors introduced its new brand strategy in 2017, expressed in its "Drive your Ambition" tagline – a combination of personal drive and forward attitude, and a reflection of the constant dialogue between the brand and its customers. Today Mitsubishi Motors is committed to continuous investment in innovative new technologies, attractive design and product development, bringing exciting and authentic new vehicles to customers around the world. 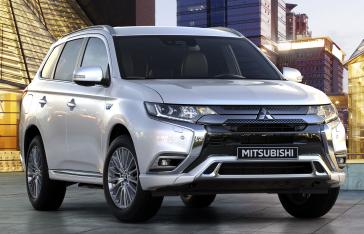