Mitsubishi Motors North America, Inc. (MMNA) and veterans nonprofit Record the Journey (RTJ) made history for the third year in a row on the eight-day, 2500-km, all-women, off-road 2021 Rebelle Rally, proving the resilience of the human (and canine) spirit, as well as the capability and durability of the all-new 2022 Mitsubishi Outlander.

Piloting the 2022 Outlander were Selena "Mason" Converse, a retired U.S. Air Force emergency medical services technician, and Erin Mason, a retired U.S. Navy aviation structural mechanic. In addition to being combat veterans, Mason and Erin are sisters-in-law, wives, mothers and entrepreneurs. Working alongside them was third teammate Sammy – Mason’s two-and-a-half-year-old, all-black German Shepherd – a PTSD-trained service dog, who became the first canine to ever compete in the Rebelle.

Team 207 is a three-year partnership between MMNA and RTJ, a nonprofit dedicated to helping service members successfully transition to civilian life. Described by past RTJ teams as a “mini-deployment,” embarking on the Rebelle for Mason and Erin meant returning to desert settings similar to those that defined their military service and facing challenging – and even traumatic – memories from their time in uniform. Luckily, they’re not afraid of a challenge.

“The Rebelle is a navigational rally – a test of skill, not speed – but for us, it was a test of so much more,” said Team 207 Driver Converse. “On the first day, my mind and body reacted to walking into the basecamp tent as if I was walking back into a military hospital tent in Afghanistan. I was immediately hit with a flashback, massive anxiety and a wave of powerful emotions. I thought I was going to have to quit almost before we got started, but with Sammy on duty by my side, Erin’s hard work and constant support, not to mention the amazing community of our fellow Rebelles, what was traumatic and triggering also became therapeutic. It was a struggle, filled with sandstorms with 60-mph winds and a ton of tears, but we made it through and are stronger for it.

“We are so thankful for this platform to educate people about PTSD and how crucial service dogs and other support can be for coping and recovery. We’re honored to represent Record the Journey and the important work they do for military veterans, and none of this would have been possible without Mitsubishi Motors providing a brand new, comfortable, capable and rock-solid Outlander to power us through this experience.”

The lightly modified 2022 Outlander that carried Team 207 across the finish line wore a special livery, paying tribute to the brand’s history-making Dakar Rally win twenty years ago, when Jutta Kleinschmidt drove a Mitsubishi Pajero to victory, becoming the only woman ever to win the world-famous Dakar Rally. And Kleinschmidt’s win isn’t the only anniversary Mitsubishi is celebrating this year. In December, the company will celebrate 40 years of doing business in the U.S.

“Before the 2021 Rebelle Rally even started, the crew of Team 207 were already winners,” said Mark Chaffin, Mitsubishi Motors Chief Operating Officer. "Mitsubishi Motors' participation in the event is first and foremost about our partnership with Record the Journey and supporting those who honorably served in the U.S. military. In addition, this year, we are raising awareness of PTSD and the potentially life-saving work of trained service dogs. We were all proud to see Mason, Erin and Sammy cross the finish line in their 2022 Outlander.”

To learn more about the team, and the personal and emotional challenges they confronted and overcame on the Rebelle, click here. For more information on the 2022 Mitsubishi Outlander, the best-equipped, most-connected vehicle Mitsubishi has ever sold in the U.S., visit https://www.mitsubishicars.com/outlander/2022.

With headquarters in Franklin, Tennessee, and corporate operations in California, Georgia, Michigan, New Jersey, Texas, Florida and Virginia, MMNA directly and indirectly employs more than 8,000 people across the United States. 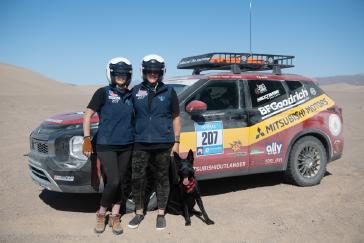 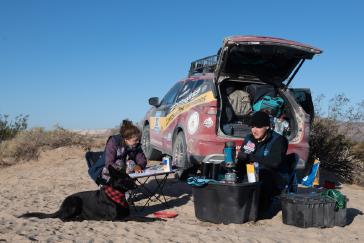 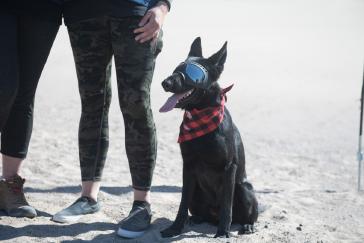 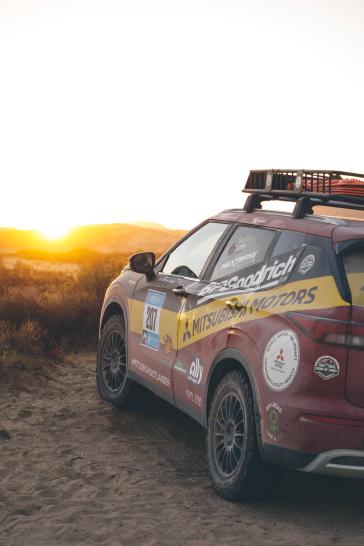 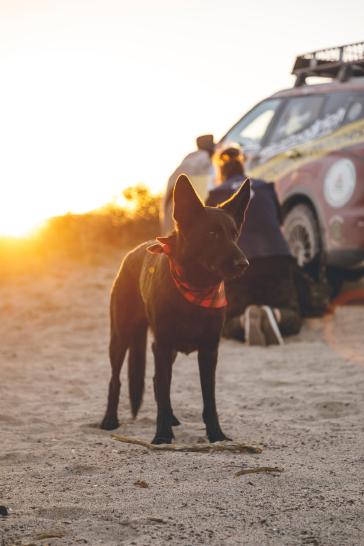 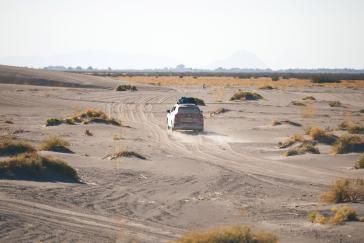 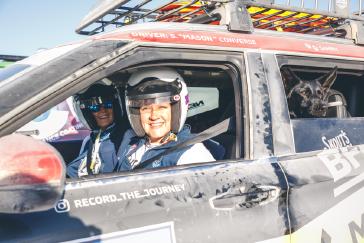 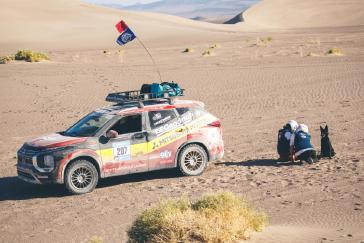 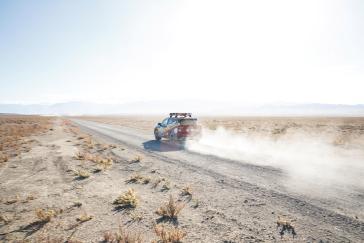 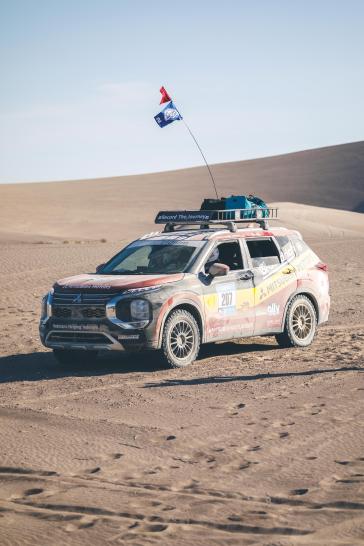 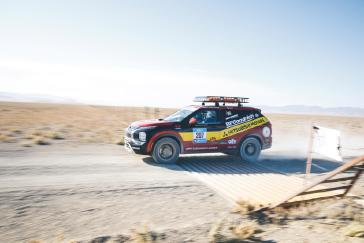 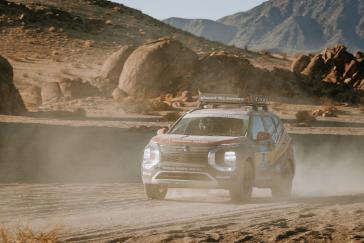 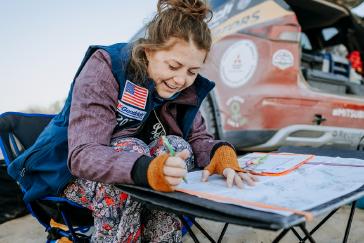 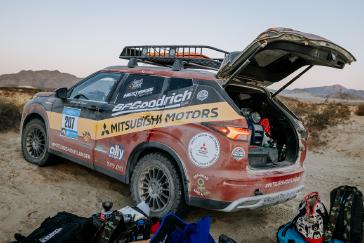 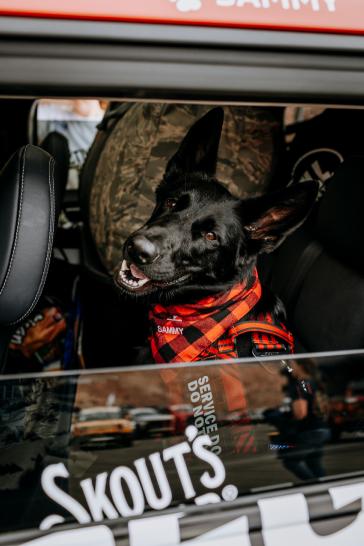 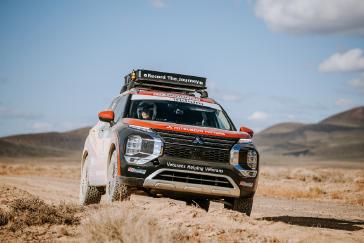 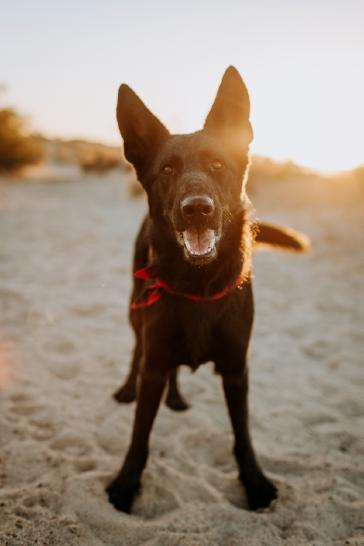 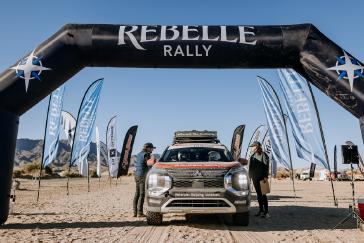 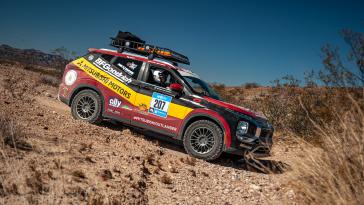 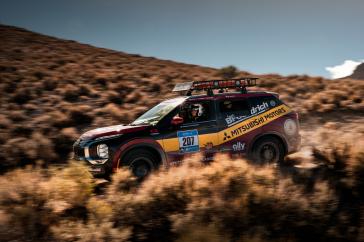 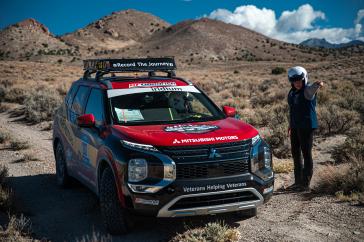 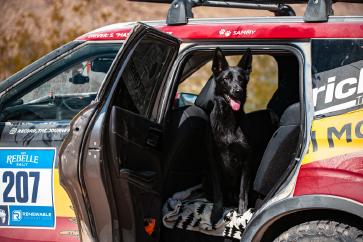 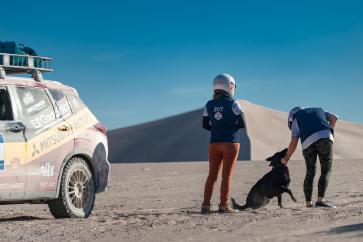 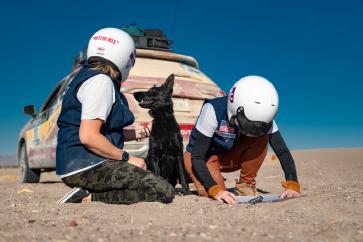 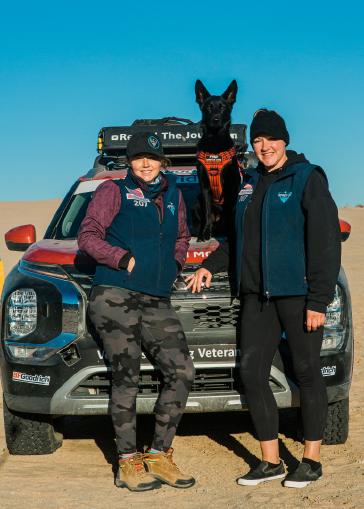