MITSUBISHI MOTORS CORPORATION (MMC) today released a first look at the redesigned Mitsubishi Eclipse Cross, the next step in the company's commitment to delivering a showroom full of new and extensively redesigned vehicles in the United States by the second quarter of 2021.  Mitsubishi Motors North America, Inc. (MMNA) recently announced this commitment to the completely refreshed showroom lineup.

A full reveal of the reimagined Eclipse Cross will showcase the details of the design, and the vehicle will arrive in showrooms across the United States in the first quarter of 2021.

Launched globally in 2017, the Eclipse Cross is a compact crossover SUV which fuses a coupe-like style with SUV capabilities. The refreshed model sports radically changed front and rear design, bringing forward a more upscale and energetic design to complement the sleek SUV styling.

"The new design draws inspiration from the MITSUBISHI e-EVOLUTION CONCEPT*1 emphasizing the strength and dynamics from our SUV heritage, while enhancing the cleanliness and elegance of a coupe-like SUV," said Seiji Watanabe, division general manager of Design, MMC. "The Eclipse Cross is the first step toward the next generation of Mitsubishi Design, and there is so much more to come."

Teasing the redesigned Eclipse Cross comes on the heels of the company revealing an overview of upcoming new and extensively redesigned vehicles it will launch in the United States by the second quarter of 2021:

"As the new generation of Mitsubishi Motors' vehicles are revealed, we are excited for the future of the brand as a leader in high-quality, top-value, leading-edge technology," said Yoichi Yokozawa, president and CEO of MMNA.  "We are committed to our customers and to our dealer partners in North America, and to delivering a completely updated showroom of vehicles.  With today's first look at the redesigned Eclipse Cross, we reveal the first look at our company's future design language, and the wait for images of the production-level vehicle will absolutely be worth it."

Further detailed information on the revised lineup of Mitsubishi Motors vehicles will be available at a later date.

*1  MITSUBISHI e-EVOLUTION CONCEPT is an all-electric high-performance SUV prototype that conceptualizes what MMC will bring to its customers in the very near future.

About MITSUBISHI MOTORS
MITSUBISHI MOTORS CORPORATION is a global automobile company based in Tokyo, Japan, which has a competitive edge in SUVs and pickup trucks, electric and plug-in hybrid electric vehicles.
Since the Mitsubishi group produced its first car more than a century ago, we have demonstrated an ambitious and often disruptive approach, developing new vehicle genres and pioneering cutting-edge technologies. Deeply rooted in MITSUBISHI MOTORS' DNA, our brand strategy will appeal to ambitious drivers, willing to challenge conventional wisdom and ready to embrace change.

Consistent with this mindset, MITSUBISHI MOTORS introduced its new brand strategy in 2017, expressed in its "Drive your Ambition" tagline – a combination of personal drive and forward attitude, and a reflection of the constant dialogue between the brand and its customers. Today MITSUBISHI MOTORS is committed to continuous investment in innovative new technologies, attractive design and product development, bringing exciting and authentic new vehicles to customers around the world.

Located in Franklin, Tennessee, MMNA is a part of the Renault-Nissan-Mitsubishi Alliance, the largest automaker alliance in the world. Mitsubishi continues to lead the way in the development of highly efficient, affordably priced new gasoline-powered automobiles, while using its industry-leading knowledge in battery-electric vehicles to develop future EV and PHEV models. 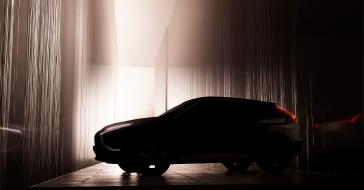