Rosenberg Mitsubishi, located an hour outside of the greater Houston metropolitan area, joins the network as part of MMNA's ongoing expansion of its dealer network into untapped markets where opportunities exist to introduce the brand to a new group of consumers. The dealership is the second Mitsubishi franchise for Dealer Principal James Lorca. Lorca also operates Fort Worth Mitsubishi in Fort Worth, Texas, which is a top 10 dealership for MMNA based on annual sales volume. Lorca and his team are excited to bring their passion for the Mitsubishi Motors brand and sales expertise to their new store in Rosenberg, Texas.

MMNA is currently in the process of finalizing the relocation of its U.S. headquarters from Cypress, California to Franklin, Tennessee, which will be completed by the end of 2019. The relocation is part of an ongoing effort to reinvent every aspect of the Mitsubishi Motors brand and business in the U.S., from corporate leadership to dealer partners to every touchpoint in a customer's relationship with their vehicle.

"We are committed to sustainably growing our dealership network and brand visibility across the United States, and the addition of Rosenberg Mitsubishi is a critical step to helping us achieve that goal," said Stephen Smidlein, director, central region, MMNA. "As Mitsubishi Motors adds new dealer partners in critical markets throughout the central region, we lay the foundation to ensure growth and success for the brand."

Mitsubishi has sustained growth in the U.S. over the last six years, and is on pace for a seventh consecutive year of annual sales growth.

For more on Mitsubishi Motors and the dealer network, please visit media.mitsubishicars.com.

Currently located in Cypress, California – and soon to be relocating to Franklin, Tennessee – MMNA is a part of the Renault-Nissan-Mitsubishi Alliance. Mitsubishi continues to lead the way in the development of highly efficient, affordably priced new gasoline-powered automobiles, while using its industry-leading knowledge in battery-electric vehicles to develop future EV and PHEV models. 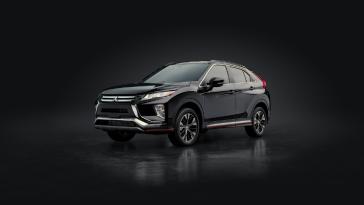