This year Mitsubishi Motors celebrates the 100th anniversary of the Model-A, the first Mitsubishi car and the first Japanese car designed with series production in mind. The Model-A paved the way for Mitsubishi's ambition to explore new automobile territories and push engineering boundaries for the next 100 years to come…

As part of the holistic renewal of its Brand – the first all-encompassing corporate endeavor in nearly two decades - MMC underwent a thorough process, looking to both its rich and unique heritage and its ambitious plan for the future, to define a strategy that emanates from the Brand's inner essence while meeting the aspiration of its stakeholders – its 'Drivers' – inside the Company as well as outside.

A clear statement of MMC's progressive commitment to innovation and discovery with a progressive vision of a sustainable future, this renewed Brand strategy is supported by an impressive portfolio of MMC engineering firsts, a never extinguished passion for all forms of mobility - on road and off road - as well as the foresight brought by a unique pedigree going back 100 years to the first vehicle launched to the world under the Mitsubishi brand.

All in all, the key building blocks for the 'Ambition to Explore' Brand strategy combine an adventurous and progressive mindset blending four essential ingredients:

The Mitsubishi Pedigree - it's been a visionary part of Mitsubishi's DNA for 100 years, and is highly inspirational for employees, customers, and wider stakeholders, inside and outside the MMC world.

The Mitsubishi stance on technology and design - resulting in inspirational design and product features, with a solid future vision for product development and sustainability.

The Mitsubishi take on global business - ambition and exploration are key to business development in a fast-moving global economy increasingly geared towards long-term sustainable growth in a connected world.

The Mitsubishi bond with its customers - who want to move up and drive forward and welcome a mobility brand that helps them realize their ambitions for their family and the planet.

An Adventurous and Progressive Brand – the Product Evidence

Deeply rooted in Mitsubishi's inner essence, the “Ambition to Explore” Brand strategy finds its best expression in the vehicles its engineers and designers have developed over the years, often challenging accepted frontiers…

Five years later and over 135,000 units sold in selected global markets (soon to launch in the USA, and of which Europe ranks number one and where Outlander PHEV remains the best-selling plug-in hybrid SUV), the questions have been emphatically answered, as market response has vindicated MMC's brave foresight.

Today, Eclipse Cross and XPANDER are about to start their global journey, with a fresh new look at what a dashing SUV Coupe and a quality SUV/MPV crossover could refresh customers' mindsets in mature and emerging markets.

Tomorrow, Mitsubishi Motors' future will take its cue from the ambitiously innovative and highly evocativeMITSUBISHIe-EVOLUTION CONCEPT.

A logical development from the Mitsubishi Motors Brand strategy, 'Drive your Ambition' is the new tagline that describes an attitude that has been true of Mitsubishi since its first car a century ago. Mitsubishi has delivered ambitious cars to ambitious drivers for 100 years, pioneering vehicle genres with seminal products such as Pajero, Lancer Evolution and i-MiEV, while creating cutting-edge technology to deliver breakthroughs all the way to the best-selling Outlander PHEV. Mitsubishi's drivers have explored new frontiers and conquered breathtaking terrains. From the toughest rallies to building a robust reputation in demanding emerging markets, MMC delivers vehicles that enable Drivers to move forward with full confidence. It is the first new tagline in over 10 years.

“Drive your Ambition” is a powerful statement of MMC's on-going commitment to the values and aspirations of its drivers.

With an “Ambition to Explore" Mitsubishi Motors can go anywhere.

With “Drive your Ambition” Mitsubishi Motors' Drivers can go anywhere.

The new global tagline is officially announced at the Tokyo Motor Show, on October 25th and will then roll out in all global markets as part of a major overhaul of the Brand's Marketing activities and presence around the world on all communications in coming months.

About Mitsubishi Motors Corporation (MMC)
MMC is a Japanese automobile company which has a competitive edge in pick-up trucks and SUVs and in the ASEAN region. The company launched the first mass-produced electric vehicle in 2009, which was followed with a plug-in hybrid EV-based SUV in 2013. MMC, which has 30,000 employees, has a global footprint and has production facilities in Japan, Thailand, China, Indonesia, The Philippines and Russia. Models such as the Pajero Sport, Triton and Outlander play a major role in achieving its growth. Global sales volume in fiscal year 2016 was 926,000 units. MMC's net sales for fiscal year 2016 were 1.9 trillion yen. MMC is listed on the Tokyo Stock Exchange. 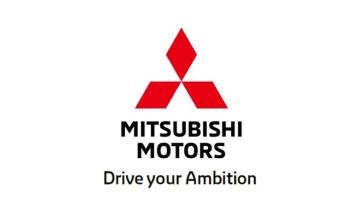