Mitsubishi Motors Corporation (MMC) will launch a plug-in hybrid (PHEV) model of the all-new Outlander1, a crossover SUV, fully evolved with a new-generation PHEV system. The vehicle will roll out in Japan in the second half of this fiscal year2, and in the U.S. in the second half of calendar-year 2022.

With improved motor output and increased battery capacity over the current model, the all-new Outlander PHEV model delivers more powerful road performance and greater driving range. Based on the newly developed platform, integrated components and an optimized layout allow the new model to accommodate seven passengers in three rows, offering a new level of comfort and utility in an SUV.

The Outlander PHEV debuted globally in 2013, and in other markets after that, as proof of MMC’s dedication in the research and development of electric vehicles (EVs) since 1964. An EV for everyday driving and a hybrid vehicle for excursions, the Outlander PHEV offers the quiet and smooth – yet powerful – road performance unique to EVs, along with safe driving with peace of mind in various weather and road conditions.

Since the launch of the Outlander PHEV, it has been sold in more than 60 countries around the world and is a leader in the PHEV category. Outlander PHEV launched in the U.S. in 2016 as a 2017 model-year vehicle.

In addition to the benefits of PHEVs, including environmental friendliness and low reliance on charging infrastructure, the twin-motor 4WD PHEV system delivers driving performance with the company’s unique Mitsubishi Motors-ness, or what defines MMC’s vehicles: a combination of safety, security (peace of mind) and comfort. In its Environmental Targets 2030, MMC has set a goal of a 40 percent reduction in the CO2 emissions of its new cars by 2030 through leveraging EVs — with PHEVs as the centerpiece — to help create a sustainable society.

About Mitsubishi Motors
Mitsubishi Motors Corporation (TSE:7211), MMC—a member of the Alliance with Renault and Nissan—, is a global automobile company based in Tokyo, Japan, which has more than 30,000 employees and a global footprint with production facilities in Japan, Thailand, Indonesia, mainland China, the Philippines, Viet Nam and Russia. MMC has a competitive edge in SUVs, pickup trucks and plug-in hybrid electric vehicles, and appeals to ambitious drivers willing to challenge convention and embrace innovation. Since the production of our first vehicle more than a century ago, MMC has been a leader in electrification—launched the i-MiEV –the world’s first mass-produced electric vehicle in 2009, followed by the Outlander PHEV –the world’s first plug-in hybrid electric SUV in 2013. MMC announced a three-year business plan in July 2020 to introduce more competitive and cutting-edge models, including the Eclipse Cross PHEV (PHEV model), the all-new Outlander and the all-new Triton/L200.

For more information on MMC, please visit the company's website at https://www.mitsubishi-motors.com/en/ 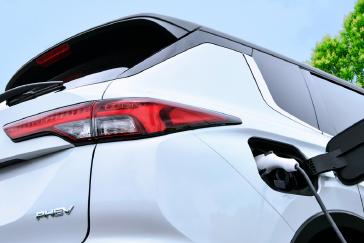 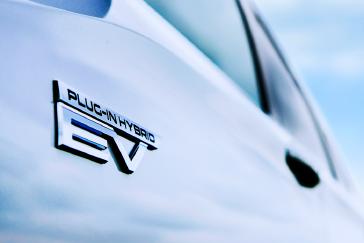