Mitsubishi Motors North America, Inc. (MMNA) reported March 2017 sales of 11,766 an increase of 6.2 percent over March 2016. With a strong final month, Mitsubishi's fiscal year 2016 sales closed with over 100,000 sales for the first time since 2007. Leading the way for the brand in March was the popular three-row CUV Outlander, which posted its best March sales month ever with 4,235, an increase of 96.4 percent over March 2016.

In just four years, Mitsubishi's volume growth has increased 75 percent and sales per dealer/per month have almost doubled in that same time period.

"Eclipsing 100,000 fiscal-year sales is a very important milestone for Mitsubishi and truly signals growth with our brand and the strengthening of our dealer body," said Don Swearingen, executive vice president and COO, Mitsubishi Motors North America, Inc. "And the future looks even brighter. Mitsubishi's solid CUV lineup of Outlander and Outlander Sport gets even stronger with the recently announced Eclipse Cross slated to hit dealerships in early 2018." 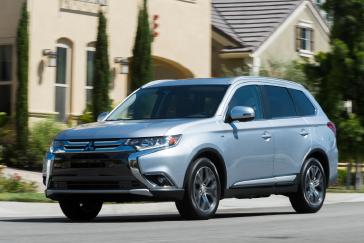