Not only does the dynamically-styled and fun-to-drive 2011 Eclipse Coupe enter the new model year with enticing new design elements and expanded equipment for Mitsubishi's outstanding sports car, but the Japanese auto manufacturer's signature two-door model does so at the lowest price point ever for this generation of Eclipse.

New for the 2011 Mitsubishi Eclipse Coupe

Black Painted Roof
For 2011, the Mitsubishi Eclipse reveals its dark side. All Mitsubishi Eclipse Coupe models - the base GS, the mid-grade GS Sport and the plush GT - now feature a very eye-catching greenhouse painted in black that is sandwiched between body-colored sheetmetal that stretches from the sweeping A- to C-pillars. This exciting new design element is not only aesthetically pleasing but pays tribute to the highly-successful original first-generation Eclipse Coupe that possessed a similarly dark-colored dome.

Ride Height Reduction
The 2011 Mitsubishi Eclipse Coupe now sports a ride height that has been lowered by over half an inch (15 mm), giving this remarkable sports car a sharper-looking, lower-profile stance. This reduced vehicle ride height has the additional benefit of slightly decreasing the car's aerodynamic drag, which helps to improve the Eclipse Coupe's overall fuel economy.

12V Accessory Outlet
A handy new feature on the 2011 Mitsubishi Eclipse Coupe model lineup is the addition of a 12V accessory power outlet. Ideally situated in the center console, it allows for the convenient powering/recharging and access to popular portable electronic devices including an iPod® or a GPS navigation system.

Curvaceous Coupe Design
There's no doubt the current generation Mitsubishi Eclipse Coupe has earned a solid reputation as a dynamic sports machine with a luxurious "attainable exotic" flair, but it is the car's utterly unique styling that truly sets it apart from its competition.

The Eclipse's very distinctive, curvaceous design theme is demonstrated most prominently in the car's boldly arcing roofline and the flared fenders at all four corners of the vehicle. The car's shapely rear end also exhibits a similarly pronounced, rounded flavor.

At the front, the blacked-out upper and lower grille sections that are bisected by an equally dark-colored front bumper insert look tall and imposing and give the 2011 Eclipse Coupe an aggressive, somewhat similar front fascia design to the signature smile of the company's ultra-high-performance Lancer Evolution sports sedan and the dynamic, all-new Outlander Sport compact crossover utility vehicle (CUV).

Mitsubishi Eclipse GT
The premium-edition Eclipse GT adds all of the previous content plus an automatic climate control system.

Powering both the Eclipse GS and the Eclipse GS Sport is a capable 2.4-liter SOHC 16-valve normally-aspirated 4-cylinder engine that makes use of Mitsubishi Intelligent Valve timing Electronic Control (MIVEC) for maximum power production, fuel economy and reduced exhaust emissions. Utilizing a cast-iron engine block and an aluminum cylinder head, this engine creates 162 hp at 6,000 rpm and 162 lb.-ft. of torque at an even 4,000 rpm; redline occurs at 6,500 rpm. The base model Eclipse GS features two available transmissions - a crisp-shifting 5-speed manual transmission and a 4-speed automatic transmission - the mid-grade Eclipse GS Sport is equipped with the 4-speed automatic transmission.

Eager and smooth-revving, this 2.4-liter four-cylinder powerplant gets the job done in fun and efficient fashion with a highway fuel economy rating of 28 mpg.

The premium Eclipse GT model, however, is an even better fit with Mitsubishi's signature sports coupe as its included V-6 engine produces more than 100 horsepower more than the 4-cylinder unit - an excellent complement to the Eclipse's well tuned chassis and vibrant steering feel. Producing a stout 265 bhp at 5,750 rpm and a full 262 lb.-ft. of torque at 4,500 rpm, the 3.8-liter SOHC 24-valve MIVEC-equipped 6-cylinder engine takes the fun-to-drive 2011 Eclipse Coupe to a whole new level of performance. Like its 4-cylinder cousin, this powerplant features a cast iron block and aluminum cylinder heads, but the Eclipse GT comes standard with an exotic transmission not available with the other models: a 5-speed Sportronic® automatic transmission that allows the driver to manually shift gears via the gearshift lever when so desired. Along with this Sportronic® automatic transmission, a lowered, more aggressively-tuned sports suspension makes the Eclipse GT for choice for the sporting enthusiast that truly enjoys driving.

Last Revised 2/10/10 Technical specifications are based on the latest information available at the time of printing and are subject to change without notice.

Features and options subject to change without notice. Last updated 12/23/09.

For the 2011 model year, the Mitsubishi Eclipse - the company's iconic sports coupe that is available in GS, GS Sport and GT models - receives upgrades that improve both its appearance and performance.

Paying tribute to the original first-generation Eclipse, this two-door hardtop features a new black painted roof that visually enhances the car's sleek, sports coupe styling. Additionally, all Eclipse models now benefit from a 0.6-in. (15 mm) reduced ride height for 2011 for a more aggressive stance and improved aerodynamic efficiency. A convenient new 12 V accessory outlet has been added to the center console as well.

Other changes to the lineup include new 18-in. alloy wheels as part of a revamped standard equipment package for the mid-grade GS model, and a more comprehensive list of included features for the GS Sport model including leather seating surfaces, heated front seats and side mirrors, power driver's seat, aluminum pedals, strut tower brace, aluminum entrance sill and a clear lip spoiler.

Thanks to its well-tuned 4-wheel independent suspension, a chassis with excellent structural rigidity and distinctive exterior styling that helps make this sports coupe an "attainable exotic," the Eclipse has long been an enthusiast favorite in the sports car world. Excellent ergonomics and the convenience of a 2+2 seating arrangement with 50:50 split-folding rear seat backs for enhanced cargo capability also make it a sports coupe for the real world.

Prices are subject to change without notice.
Prices are established at the time of vehicle shipment
Destination/Handling, Taxes, Advertising, Promotional Fees, if any, are additional.
Features, options and other equipment are based on the latest information available at the time of printing and are subject to change without notice.

Prices are subject to change without notice.
Prices are established at the time of vehicle shipment
Destination/Handling, Taxes, Advertising, Promotional Fees, if any, are additional.
Features, options and other equipment are based on the latest information available at the time of printing and are subject to change without notice 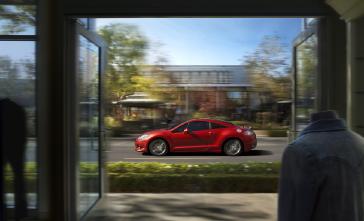 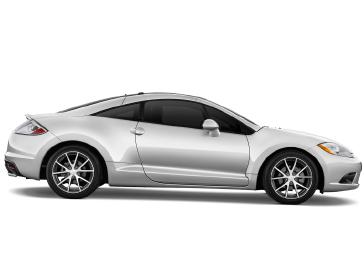 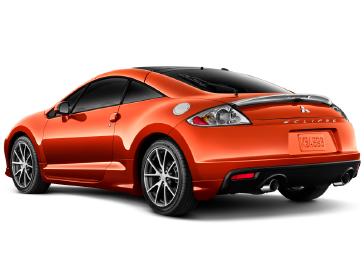 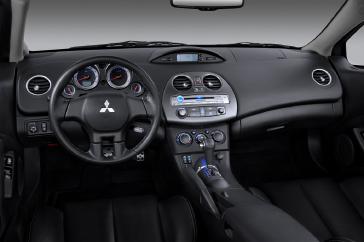 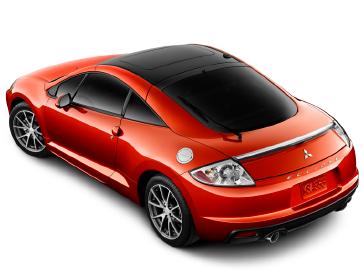 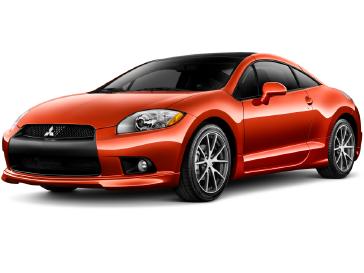 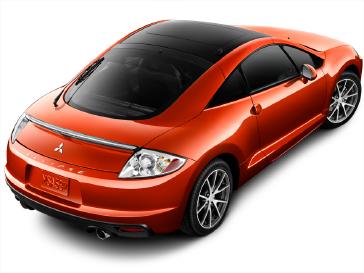 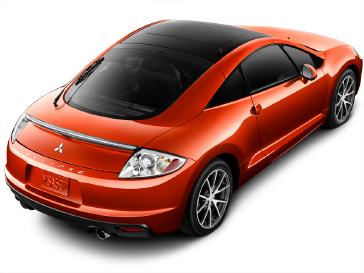 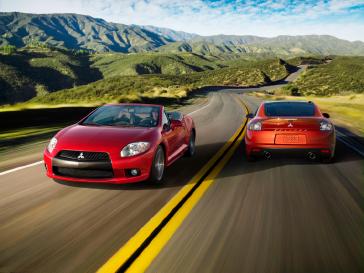 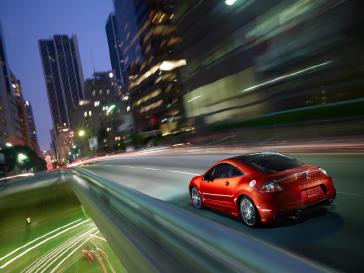 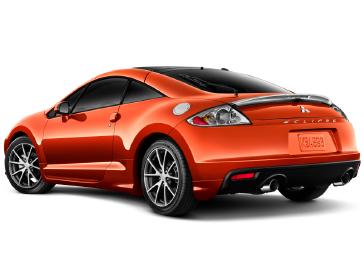 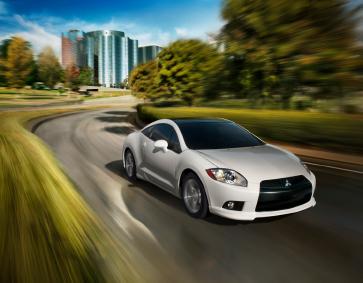 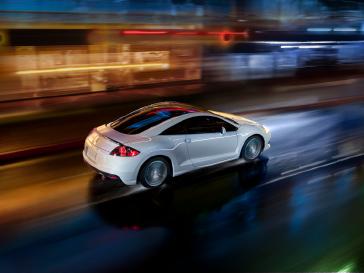 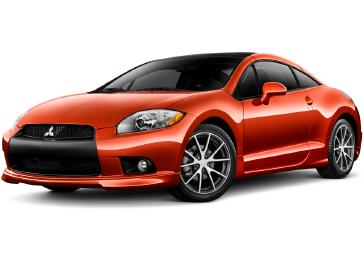 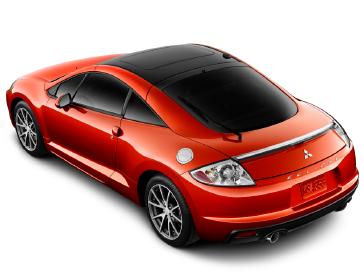